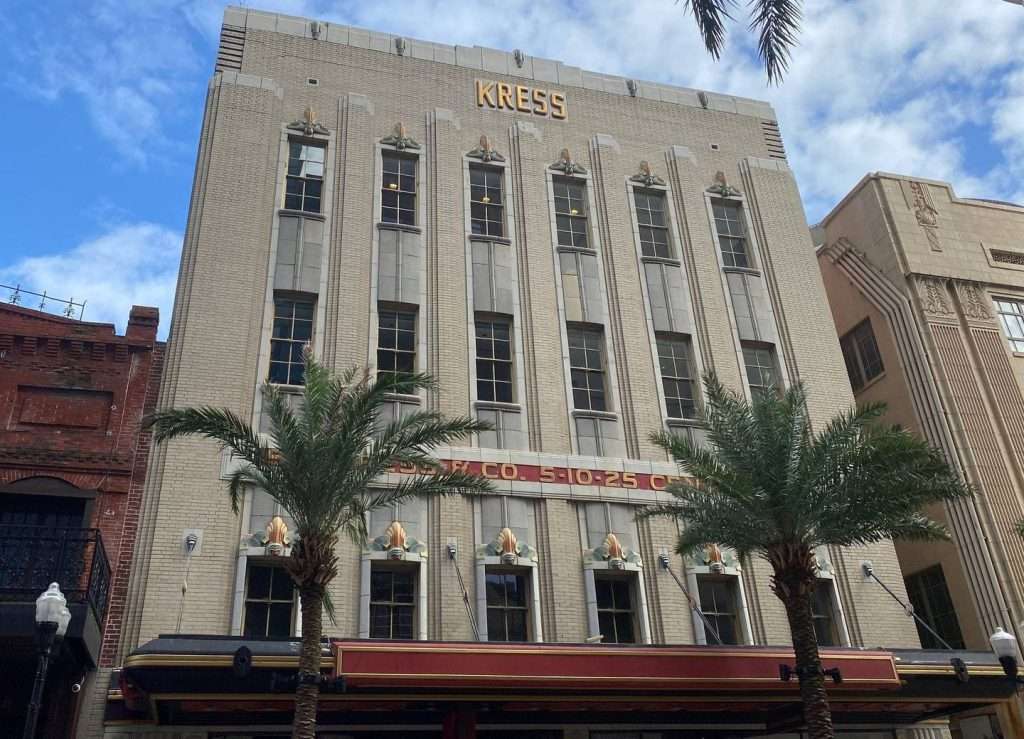 Kress began his S.H. Kress & Company retail store in 1896, opening his first store in Memphis, TN. The company was unique in its use of architecture as a branding tool. The Kress Company employed Edward F. Sibbert of New York as its official architect. Sibbert designed the Kress store in Orlando and more than 50 other Kress buildings across the U.S. between 1929 and 1944. The company “really felt that they needed to provide a beautiful store and a beautiful location to their customers,” Richard Forbes, former historic preservation officer for the City of Orlando, told the Orlando Sentinel. “Kress wanted people to have a luxury experience, a special experience, when they came to his stores. That was just his business model.” 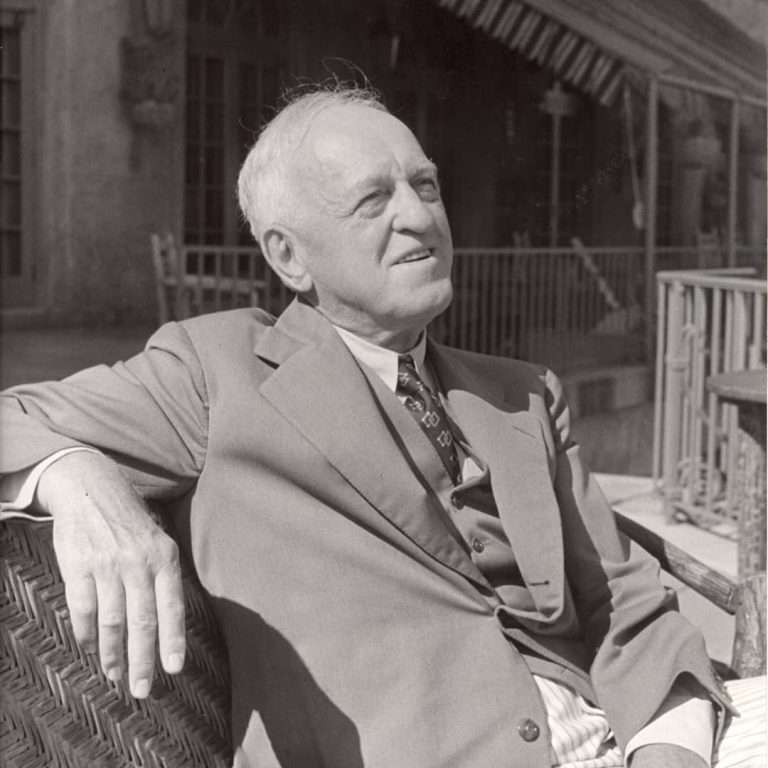 The Art Deco building is made of masonry over steel reinforced poured concrete with glazed terra cotta facades and a granite base. The upper windows seen today are the original 4/4 double hung units. The lower windows include terra cotta ornamentation resembling parrots perched on ledges and peering into windows, perhaps a nod to the birds and supplies that could be bought inside when Kress was in business. 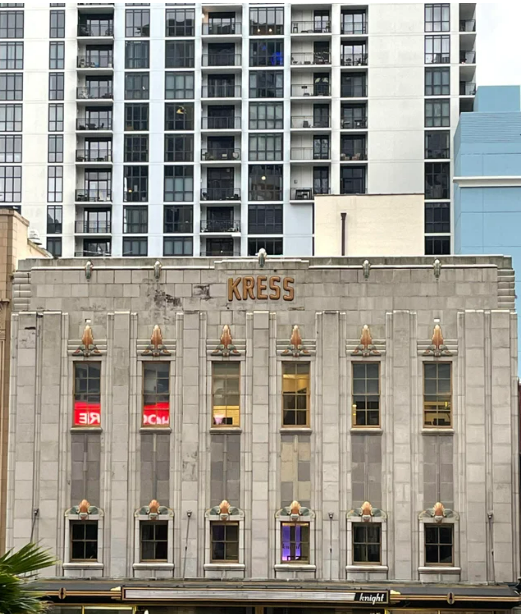 Depression-era stores like Orlando’s Kress store “represent an important part of America’s commercial architectural history and the development of Main Streets.” But the Kress stores were also significant for political, economic and social reasons.

Kress stores participated in racial segregation. Black Orlando residents held two sit-ins at the Kress store in March 1960 to protest the store’s all-white lunch counter. Unlike other Florida cities, these protests were nonviolent. The Kress store responded by temporarily removing its stools. By September 1960, some lunch counters began to integrate. 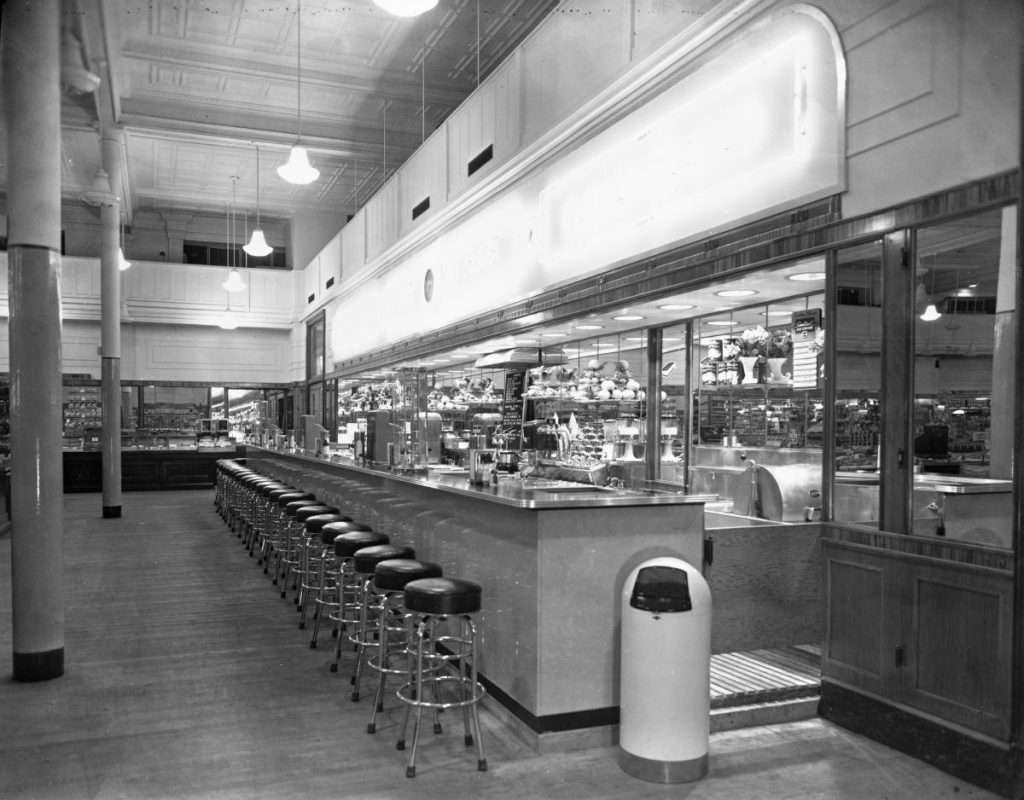 Image: Soda fountain in the Kress store in Jacksonville, circa 1947. (City District was unable to obtain photos of the Orlando interior. According to the Orange County Regional History Center, “Orlando’s mainstream media followed a policy of not photographing sit-ins, to allow them to happen peacefully.”) Photo Source: State Library of Florida, Florida Photographic Collection

In 1964, S.H. Kress & Company was acquired by another company. The Kress store left the building in 1975. The site became a historic Orlando landmark in 1978. Throughout the years, the building housed King Henry’s Feast, an attraction that later moved to International Drive, and was the site of stores and dining establishments. Today, the building is home to high-end restaurant Kres Chophouse (15 W. Church St.) and the UCF downtown business incubator and startup accelerator, Starter Studio (124 S. Orange Ave.). In August 2022, the Orlando City Council approved $90,000 in redevelopment grants to improve the Kress building’s exterior, including canopy, glass, and paint upgrades, among others. 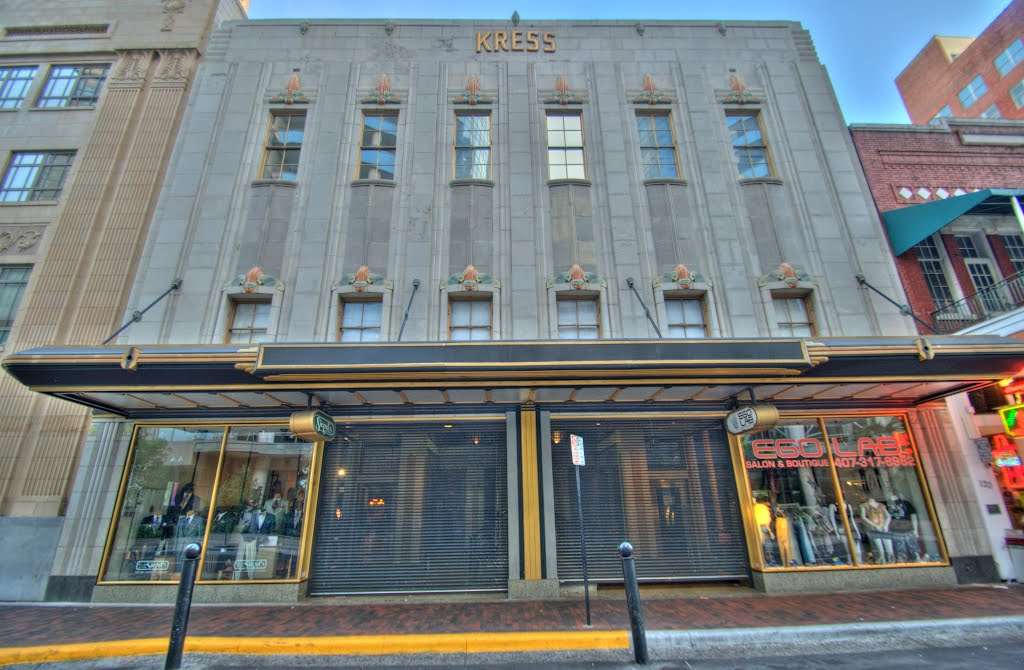 AllThe History of the City District 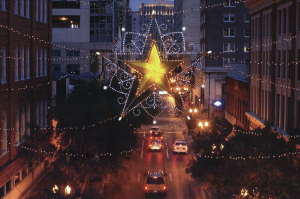 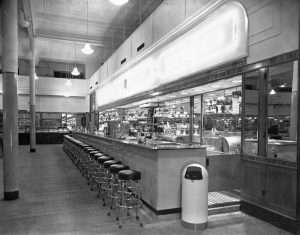 Join our newsletter list to stay up to date on the exciting things happening within the district, in downtown Orlando.